PART 1 Brain Waves Reveal the Complete Process of a Meditation

1 Everything Is Determined by the Conditions

● When the Fundamental Ideas of Mind, Speech and Action Differ

We move our minds, speak and act unconsciously in the flow of time while living in this busy world.

But we are not aware that this very fact of moving our minds, speaking and acting increases our suffering.

You may not like to hear such a conclusive, blunt statement.

But this is what the saints in the past concluded and I am also here to tell you that it is undeniably true.

However, there are beings who move their minds, speak and act just as you do, yet they increase their happiness.

They are the beings called Bodhisattvas.

Bodhisattva can be translated as a being who is destined to attain true wisdom.

What do they then understand with this true wisdom?

Does it mean that they understand the phenomena of this world just in the way scientists do?

Scientists may understand everything in the narrow sense of the word, but what I mean is far greater than that.

Bodhisattvas possess knowledge of worlds other than the human world, and this is beyond the reach of scientists.

They have knowledge about everything, in other words, they have true wisdom.

Why do they increase their wisdom and become happy by moving their minds, speaking and acting as we all do?

The reason is that the conditions which form the basis of the workings of the mind, speech and action of Bodhisattvas are completely opposite to those of ordinary people.

This can be expressed as follows.

Let's say we have some ice, and suppose someone is suffering from high fever.

It would help this person to put the ice on his head and cool it.

But suppose there is another who is short on energy.

His temperature has gone down and his body is chilled.

What happens if we cool him with the ice?

Naturally, his condition will become worse and his life may be shortened.

In both cases it is ice that is used.

Let us represent the workings of our mind with M, speech with S and action with A.

For both Bodhisattvas and ordinary people MSA is the basis of their activities.

However, for ordinary people, it is based on their attachment, hatred and obscuration.

In other words, they use it to restrain the objects of their attachment, or to hate them, or to pursue merely pleasure and enjoy the consumption of their merit.

As long as MSA is based on these three root poisons, (i.e. attachment, hatred and obscuration), we are attracted to this world of desire, increase the conflictive feeling of hatred and enhance the consumption of merit through our ignorance.

A Bodhisattva's MSA is based on the four great states of an enlightened mind: Divine Loving Kindness (Benevolence), Divine Pity (Compassion), Divine Praise and Divine Detachment.

The practice of Divine Loving Kindness increases the aspects of love and nourishing in a Bodhisattva's MSA.

Divine Pity increases the part of a Bodhisattva's MSA which takes pity on people's suffering and attempts to remove it.

Divine Praise increases the part of a Bodhisattva's MSA which strengthens his connections with his superiors.

That of Divine Detachment increases the part which washes off his evil karma.

Therefore, the mere thought, speech and action of Bodhisattvas function to increase their virtue and merit. 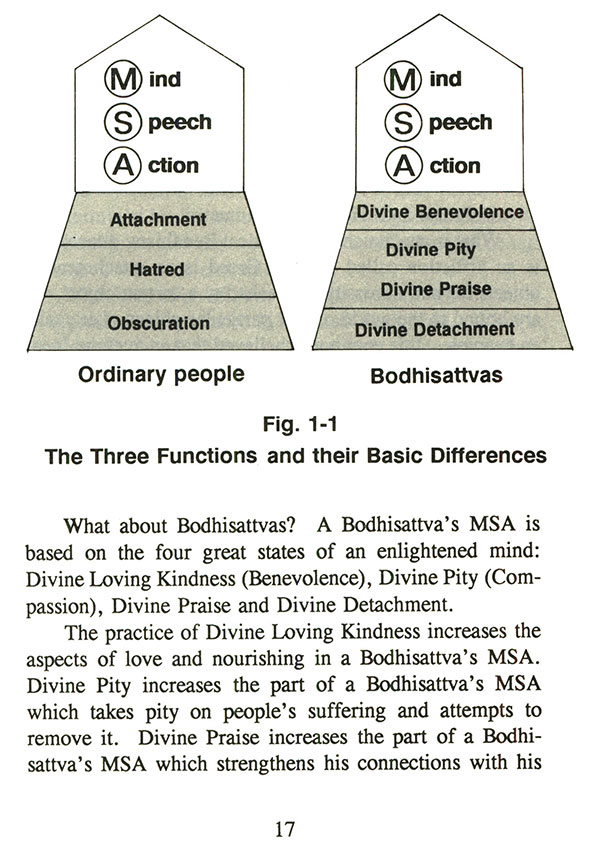 The Three Functions and their Basic Differences 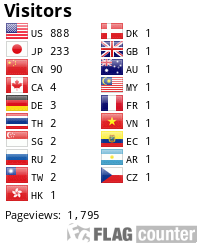